Pioneering
San Francisco Contemporary Art Gallery, WHITE WALLS partners with THE ARTS FUND
for a week of art exhibitions and events at the W Hotel in South
Beach. 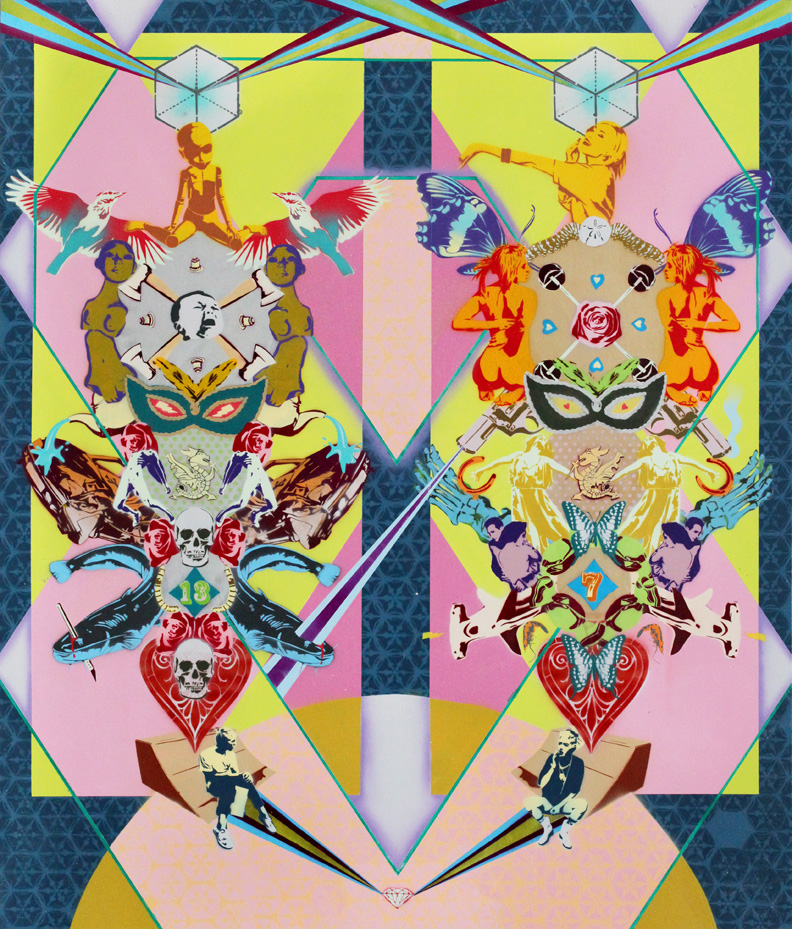 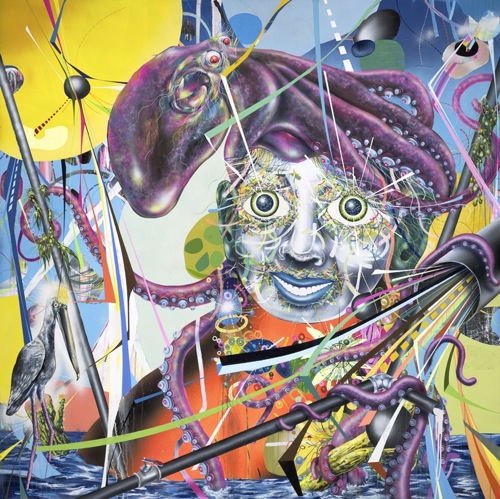 Casey
Gray, Mars & Venus Clayton Brothers,
Cause for Concern
The
opening reception of Never
Say Never
will be held on Thursday, December 2, 2010 from
8-11pm
Never
Say Never
will be on view from December 3 and December 4 from
10am-8pm
Sunday,
December 5 from 10am-5pm
The
6on12 Art Crawl will be on view from November 30 through December 5,  Noon – 8pm
Daily
Art
Crawl Cocktail: 6-8pm Daily 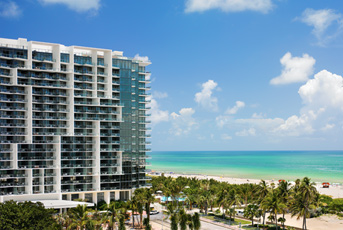 at the W South Beach Hotel, curated by Justin Giarla of White Walls Gallery in
San Francisco.  These two events will be the 2010 Miami convergence of artists
working within varying facets of the Urban Contemporary genre including street
art, graffiti and lowbrow. Exhibiting artists will include, Blek le Rat, Clayton
Brothers, Eddie Colla Kevin Cyr, D Young V, EINE, Rene Gagnon, Sergio Garcia,
Greg Gossel, Casey Gray, Jessica Hess, HUSH, Kofie One, LEBO, Pedro Matos, Aaron
Nagel, Ferris Plock, and Dan Witz.   Never
Say Never
will be held at The W Hotel LAWN on Friday, December 3 through Sunday, December
5 and will be on view from 10 am-8pm on Friday and Saturday and 10 am-5pm on
Sunday. The exhibition is free and open to the public.

Four
of the exhibiting artists in Never
Say Never—Kofie
One, Casey Gray, HUSH and Eddie Colla, will be showing their work at the W South
Beach hotel’s 6on12 Art Crawl where the hotel will open six of its residences on
the 12th floor to exhibit art works from some of today’s most exciting
contemporary artists.  The artist salons will be open to the public on November
30 – December 5 from 12-8pm, with a cocktail hour each evening from 6-8
pm.

Highlights
of the Never
Say Never
event will include award-winning filmmaker Adam Hootnick of Resonance
Interactive an ARTS FUND company.  Hootnick will be on-site filming the artist
salons in the W South Beach Residences.  On Saturday December 4, The ARTS FUND
will feature LEBO painting live with Danny Teneglia and Behrouz at the WALL
Lounge – W South Beach.

Additional
information about featured artists and the producers of Never
Say Never
and the 6on12 Art Crawl:

In
his quest for the order of balance, Augustine Kofie harmonizes opposing and
contradictory dynamics by setting futuristic compositions against vintage
earth-toned palettes creating complex formations inspired by modern architecture
and formal typographical elements. His work has been exhibited internationally
in New York, California, Japan, The Netherlands, Germany and Switzerland. The
artist has been featured in Juxtapoz, The Huffington Post, LA Weekly, Project
Room and Studio Voice.

Casey
Gray’s paintings are multilayered and interconnected with imagery drawn from a
symbolic system of meaning and associations pertaining to the turmoil of the
human heart and the spectacled nature of contemporary existence.  The artist
received his MFA from The San Francisco Art Institute this year.  His work is
exhibited nationally and was included at the 2009 Scope Art Fair in
Miami.

In
an effort to transition street art practices to the studio setting, London-based
artist HUSH creates a body of work that brings to light the essence of “action
painting” and “pure expressionism” while continuing his examination of the
vitality and transient nature of mark-making, tagging and graffiti. He has been
featured in several publications including Street Knowledge (Harper Collins) and
The Street Art Stencil Book (Laurence King Publishing), Huck magazine, Art
Monthly and London’s newspaper, and The Independent (where he was recognized in
their list of the “Top 20 Up and Coming Artists”).

Eddie
Colla’s work is quickly gaining ground within the Bay Area street art scene.
His politically focused imagery has examined everything from California’s
controversial Proposition 8 to the tragedy of surrounding the death of Oakland
native, Oscar Grant. His work was recently featured in Steve Rotman’s book, San
Francisco Street Art.

Hope to see you
there!
Cheers!